Today, I’m thrilled to have Susana Ellis here on the blog, sharing a fabulous historical tidbit with us! 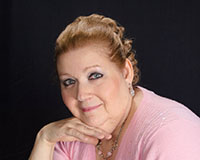 A Masquerade at Vauxhall Gardens

On 26 August 1812 at Vauxhall Gardens was held an elaborate masquerade in honor of the military victories on the Peninsula. Featured at this event was a spectacular transparency of a Chinese Temple, several illuminations, and both Turkish and military music.

Masquerades were popular at Vauxhall, not least because the fancy dress and masks enabled visitors to conceal their identities and engage in bolder and perhaps even scandalous behavior behind the tall hedges of the Dark Walk. Dominoes and masks could be purchased across the street from Vauxhallâ€™s entrance, although the more well-heeled guests tended to have their costumes custom-made.

A memorable character at Vauxhall was C.H. Simpson, who served as Master of Ceremonies from 1797 to 1835. Simpson, who wore a top hat and silver-mounted cane was best known for his elaborate bows and over-the-top politeness. His comical manner was also useful in diffusing quarrels and other difficult situations among inebriated visitors.

The appearance of this gentleman was in keeping with the oddity of his character. He was a short man, with a large head, a plain face, pitted with the small-pox, a thin thatch of hair plastered with pomatum and powder. His body and limbs were encased in black cloth of antique cut, and occasionally his head was covered with a hat as heavy as a coal-scuttle, or a life-guardsman’s helmet. This awkwardly constructed piece of felt was more often in his hand than on his head. He was continually bowing to everybody he met — he was the very climax of obsolete politeness; the most obsequious and painstaking man to oblige everybody and express his gratitude for their condescension in giving trouble, that I ever remember to have met with.*

Vauxhall Gardens had always been known for its patriotic spirit through its music, (Thomas Arne, composer of Rule Britannia, was music director for more than thirty years), paintings, oratory, and elaborate pageantry, but military fetes were particularly fervid. In one case, this included a dinner for twelve hundred in the Rotunda with trumpeters in state livery with silver trumpets and a grenadier of the Guards holding a standard of the 100th French regiment. The revels would continue through the early morning hours, often until four in the morning.

Three stories from the Bluestocking Belles’ Holly and Hopeful Hearts include scenes from the Vauxhall masquerade on 26th August 1812. 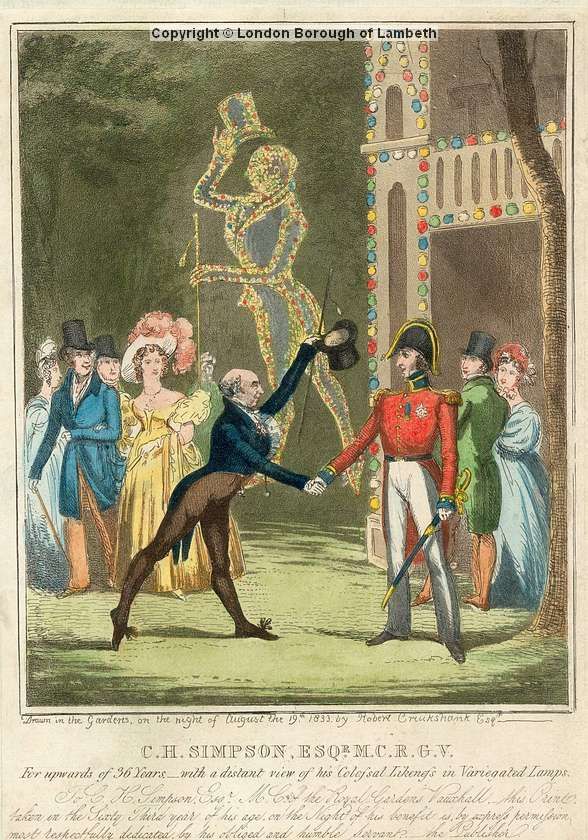 Weaving our stories together proved to be more challenging than expected. Ending up together at the duchess’s house party was easy compared to sharing characters and writing scenes with other members of the Bluestocking Belles. But it was a good experience and I hope we get to do it again soon.

How much research do you do?

I travel to England every year and come back with all sorts of inspiration. In my story, Valuing Vanessa, I included information I learned from visiting the Foundling Hospital in London. Although Vauxhall Gardens no longer exists, I did a blog series on it last year so I could write about it knowledgeably, and it was fun to include some of my findings in the story. 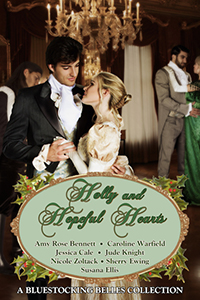 When the Duchess of Haverford sends out invitations to a Yuletide house party and a New Year’s Eve ball at her country estate, Hollystone Hall, those who respond know that Her Grace intends to raise money for her favorite cause and promote whatever marriages she can. Eight assorted heroes and heroines set out with their pocketbooks firmly clutched and hearts in protective custody. Or are they?

If you could drop in at a Vauxhall masquerade, what would you like to do there?