I want a Kissing Ball for Christmas! 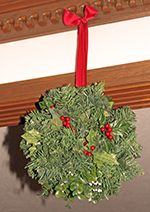 What the heck is a kissing ball?

A kissing ball is the 19th century equivalent of hanging a sprig of mistletoe beneath a doorframe in the hopes of surprising an unsuspecting passer-by with a kiss!

How did that happen??

Kissing balls began as “pomanders” in the Middle Ages—aromatic balls filled with ambergris or other fragrances—and were originally religious keepsakes. Over the centuries, it lost its religious connotation, and in the 1800s was reborn as a holiday decoration with an extra spice: grounds to steal a kiss!

In The Viscount’s Christmas Temptation, spinster Amelia Pembroke finds herself beneath just such a bough of holly with rakish bad-boy Viscount Sheffield. (And it is dee-lish!)

But is he kissing her because they’re caught beneath the ball of holly? Or does he want something more than a brief touch of his lips against hers? 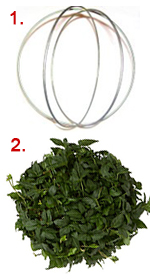 How can I make my own kissing ball?

Every parlor, house, or apartment definitely needs one of these for the holidays. I mean, what if Johnny Depp drops by??

Here’s what to do: