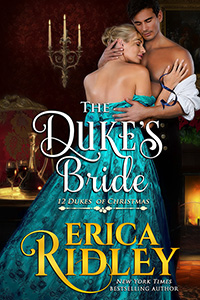 Jack Skeffington—genteel landowner, eligible widower, and exhausted father of indefatigable twins—led his business associate through a hidden panel behind his office escritoire to a secret room lined with shelves of mementos from various exploits of days long past.

Redmire gave a knowing smile. “Walls have ears, do they?”

At first glance, one would not guess Redmire to be a pirate-for-hire. Of the two men, Jack was the one with a jagged scar down one cheek and the tip of one ear missing, giving his left side a somewhat elfish appearance. A piratical elf with a terrifying dimple. Who had ignored his wounds and won the fight, thank you very much.

In contrast, Redmire practically looked like a country vicar.

Jack lit several candles and threw himself into the closer of two plush leather chairs. “Who cares what the walls hear? My staff keeps secrets very well. It’s my offspring who cannot grant a moment’s clemency.”

“I’m shielding innocent children from the mundane drudgery of balancing smuggling routes with cargo manifests in order to refine transportation timetables.” Jack flapped a hand at the box in Redmire’s arms. “Is there brandy in there or not?”

“Brandy and champagne.” Redmire set his pistol on the tea table next to a pair of empty wine glasses and knelt upon the Axminster carpet to pry open the wooden box. He handed two lovingly packed bottles to Jack, then settled in the chair opposite.

Jack grinned. “I was right?”

“You’re always right… when it comes to people’s taste for illegal wine.” Redmire crossed his boots atop the wooden box. “Although it required a wee bit of finesse. I reminded the distributors that our soldiers and the Prussians drank champagne from this very vineyard to celebrate Bonaparte’s defeat in April.”

“Did you do the bit about taxes?”

“And it worked every time?”

“Every time.” Redmire motioned to the bottles in Jack’s lap. “Don’t be churlish. Open it.”

“With pleasure.” Jack placed the brandy on the floor and set about uncorking the bottle of Madame Clicquot’s legendary champagne. He filled Redmire’s glass first, then his own.

Closing his eyes in pleasure, Jack lifted his glass to his nose and inhaled. The piquant effervescence masked some of the subtle aroma, but the slightly mineral, fruity taste transported him at once to the Reims vineyards in the east of France, where the grapes for Veuve Clicquot went from tiny buds in the fields to racks of bottles on the riddling table where sediment was removed from the necks before shipping.

“Are you playing your game?” Redmire asked drolly.

“It’s not a game. It’s a… daydream,” Jack admitted. “And, yes. I was imagining what it would be like to own and manage a vineyard like Clicquot’s.”

“Rather than financing certain distribution channels from afar? A lot of work, I’d wager. Stick with your little village of perpetual Christmastide.” Redmire pantomimed a chill. “I glimpsed a dozen parked sleighs as I crested the mountain.”

“Likely queued for annual maintenance at the le Duc smithy. Autumn comes early in Cressmouth, and so does winter. We’ll have snow before you know it, and those sleighs will be the only hacks worth hiring.”

Redmire shuddered. “I prefer the sea, if you please. Don’t you miss the days when we used to—”

The hidden panel leading to Jack’s office swung open, and a four-and-a-half foot tall replica of Jack himself burst through the door. Overlong dark brown hair, thickly lashed dark brown eyes, but high spots of color on his flushed cheeks instead of the mark of a sword.

“Frederick,” said Jack with well-practiced patience, “I am in the midst of an important meeting.”

Sometimes, saying Frederick in a stern tone of voice was enough to stem the tide.

“I’m trying to trundle hoops with the lads,” Frederick burst out in wounded glory, “but Annie insists on trundling hers right where we’re racing ours, and she’s ruining everything!”

Redmire leaned over, one hand covering his mouth. “Last I recall, your Annie was a hoyden more than capable of keeping her own with the neighborhood lads.”

“That’s no doubt the problem,” Jack murmured back. “I bet she’s winning.”

“It’s not fair!” Frederick’s arms stiffened with indignation. “We’re twins and she’s taller and I told her to go and play with flowers but she said she’s tired of flowers and I said to go and trundle hoops with her own friends and she said my friends were her friends and I said they weren’t, that’s why they’re called my friends, and she said, ‘Piffle, one needn’t be friends with a lad to best him at hoops,’ and then she—”

“Frederick,” Jack interrupted, keeping his tone calm and modulated. “I promise I will speak to your sister. After my meeting. In the meantime, you must try to get along, even if that means letting her trundle hoops with you.”

“But,” Frederick spluttered, “but she doesn’t listen to me!”

“Aargh.” Frederick spun on muddy heels and stalked out the door.

“What is wrong with you?” Jack hissed at Redmire in exasperation. “You can’t say that.”

“What does he think we’re doing?”

Redmire arched his brows at the tea table. “With pistols?”

“I don’t know how to play backgammon!”

Jack leaned to one side to peer out the open doorway. “Frederick, the secret panel?”

A pregnant pause, then stomping boots, a huff of martyrdom, and a slam of the door.

“Thank you, my son.” Jack refilled the wine glasses. “Where were we?”

“Champagne. Our orders have tripled, and we need new routes.” Redmire dug a map out of the wooden box and shook out the folds. “This was our best harbor, but the government now has a blockade. What do you think if we…”

Jack might dream of owning a small vineyard one day, but his true forte lay in logistics. He compared Redmire’s map to several of his own, cross-checking each with coded journals containing details of each port, route, and shipment. Before they’d even drunk half the bubbly Veuve Clicquot, new passages had been routed, along with contingency plans in case additional blockades sprung up without warning.

“Magnificent.” Redmire tucked the new maps into his greatcoat and handed Jack a scrap of parchment. “This is your slice after commissions are deducted. The deposits will be made across the usual channels.”

Jack’s chest lightened and he let out a slow whistle. “With this, I’ll finally be able to—”

The secret door bounced open and a coltish virago burst into the room.

“See this?” Annie jabbed a finger at three ragged rapeseed flowers caught in her tangled brown hair. “A moment ago, this was a crown of yellow flowers.”

“It looks like a bird’s nest,” Redmire said helpfully. “An ugly one.”

“Exactly.” Annie turned her scowl toward Jack and waited expectantly.

He sighed. “Do you need me to do the crown?”

“No.” She stomped over to his chair, spun around, and dropped to her knees. “I need you to do my hair.”

Redmire choked on his champagne. “Never say you’re too miserly to hire a maid.”

“We have scores of maids,” Annie informed him loftily. “But Papa can do it faster.”

Jack placed his glass of champagne on the tea table next to Redmire’s pistol and plucked the wilted flowers from Annie’s hair. When she’d left the house an hour ago, her unruly brown curls had been corralled into a thick plait. Now, she sported… well, a bird’s nest. Redmire was right.

With nimble fingers, Jack loosened the tangles and set about putting things to rights. “It’s not kind of you to tease your brother.”

“Everybody knows that. You don’t have to prove it all the time.” Jack reached the end of the plait and looped it back to her nape to secure it with a ribbon. “Besides, is it even fun anymore if you win every time?”

Jack patted her shoulder to let her know the plait was done. “I’m not asking you to lose on purpose. I’m asking you to give him some time to be with his friends once in a while. You have many interests. I’m sure you can find something else to entertain you for an hour or two.”

She glanced at the tea tray. “Can I have a pistol?”

Annie sighed. “Not until I’m fifteen?”

“Knives at fifteen,” he reminded her. “Pistols when I say so, which might be never.”

She scowled. “I can do what I want when I’m one-and-twenty.”

“God help us all.” He motioned toward the door. “Find something to do besides tormenting your brother. We’ve almost finished our meeting. Afterward, Redmire will teach us all how to play backgammon.”

Annie brightened. “Maybe I’ll best Fred at that, too.”

She skipped from the room, closing the hidden panel on her way out.

Redmire swung a disbelieving glance toward Jack. “What is the point of a secret room if everyone knows about it?”

“The government doesn’t know about it,” he pointed out. “It’s still a valid hiding spot.”

“For what?” Redmire asked. “You don’t keep contraband in here. You keep it in your cellar with the rest of your enormous wine collection.”

“It’d be like finding a specific strand of hay in a haystack.” Jack finished his glass of champagne. “Besides, the good stuff doesn’t stay long enough to become evidence.”

“Liar. With twins like yours, I’d wager it takes all day to finish a glass of wine. You need a wife.”

Jack crossed his arms. “I do not.”

“You are the very definition of a man in want of a wife. Wealthy, unmarried, in possession of two incorrigible brats—”

“—a large home in need of a mistress—”

“I have a housekeeper.”

“—and perhaps a few more maids capable of plaiting hair—”

“My entire staff can plait hair, from the cook to the butler,” Jack informed him imperiously. “I taught them myself.”

“I had one.” Jack’s throat was suddenly too tight. “That’s how I ended up with twins. She’s gone. We’re not going through that again.”

He hadn’t married her so she could manage his household. He’d married her for love. The only reason he’d marry anyone.